How Often should you Shave your Pubes?

Shaving is cheap, easy to do, and removes unwanted hair. Some people prefer their pubic hair trimmed, some shave almost every day, and some just leave it alone altogether. But, have you ever thought about how often you should shave?

There's a lot of debate on this topic, but the answer is that it's totally up to you and your personal preference.

Table of Contents
Do you Need to Shave your Pubes Every Day?
Men
Women
If you have gray hair
How to Slow Down your Pubes Growth? Can you?
How Often should you Change your Razor Blade for Pubes?

Do you Need to Shave your Pubes Every Day?

Shaving is a low-cost, easy-to-access method that can be done in the privacy of one's own home, which is most likely what accounts for its popularity. Both men and women engage in genital grooming and pubic hair removal.

According to a 2017 study, pubic hair grooming is pretty widespread among men in the US, especially those ages 18 to 65.

Maybe you're a seasoned manscaper or have just recently begun grooming down there, but most likely you shave your pubic hair at least every once in a while. But how often is enough and should you be doing it every day?

There is no hard-and-fast rule about how frequently you should shave or otherwise groom your pubic hair; this is true whether you're attempting it for the first time or are already in the habit of doing so. Maintain it at a length that you like, and if you do shave, make sure to give your skin some time to recover afterward so that it doesn't become irritated.

Shaving pubic hair is considered "high maintenance" by some girls because the hair grows back in a matter of days. Meanwhile, because the skin in the genital area is extremely sensitive, you may feel itchy as the hair starts to grow.

Women in a 2014 study reported either having at least some pubic hair removed at the time of the study or at a previous time in the past, and shaving with a razor was the method they most frequently used. 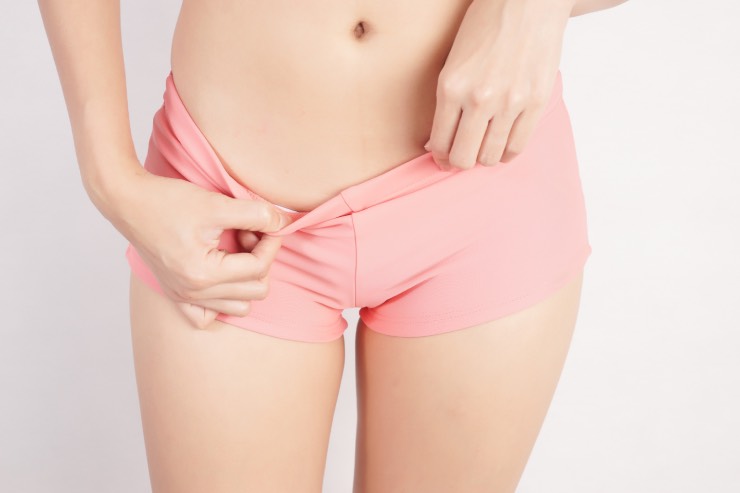 However, women who used razors also reported the largest number of injuries, which could be attributed to the frequency of using razors. Also, shaving the pubic region in its entirety exposes sensitive vulvar regions to trauma.

What is the optimal shaving frequency, then? Well, it depends on the look you're after and the level of irritation you might find yourself experiencing.

If you like a hair-free look down there, you should invest in good tools and shave every couple of days. Make sure to use sterile razor blades and change them often to avoid infection. Another top tip is trying to make your pubic hair soft before shaving, to avoid irritation.

On the other hand, if you are experiencing irritation, it is probably best that you make your shavings a bit less frequent, and in that case, everyday shaving is most likely not for you.

If you have gray hair

Both men and women experience a decreased rate of pubic hair growth as they age. This suggests that the thinning of hair in the pubic region is a natural part of aging, just like having gray pubes.

If you are someone who prefers less hair in the groin region or dislikes the appearance of gray hair, you probably won't need to shave as frequently as when you were younger.

On the other hand, you don't actually need to do anything to your pubic hair if you don't want to. Based on the above information, how often you should shave your pubic hair – no matter its color – depends entirely on your personal preference and your general skin sensitivity.

How to Slow Down your Pubes Growth? Can you?

First of all, when it comes to hair growth speed, we have to start by debunking the 'shaving makes your hair grow faster' myth. People who trim or shave their pubic hair oftentimes think it grows faster than the rest of their hair, but this is just an illusion. The shorter the hair, the faster it seems to grow. Therefore, if you've shaved your pubes, you'll be more aware of the regrowth process because there's simply not as much hair there.

Every strand of hair, no matter where it is located, goes through the same three stages of its life cycle: growth, stagnation, and falling out. The entire process takes anywhere from 30 to 44 days when it comes to pubic hair and other body hair. Basically, the pubic hairs that have just begun to grow will fall out in approximately one to one and a half months.

Hormonal disbalances can also influence the hair on your body and its growth. This means that if you have some hormonal issues, especially high androgens, it might be a good idea to see your doctor who can recommend the best possible course of action, not just in terms of hair growth on your body and pubic area, but regarding your health in general. 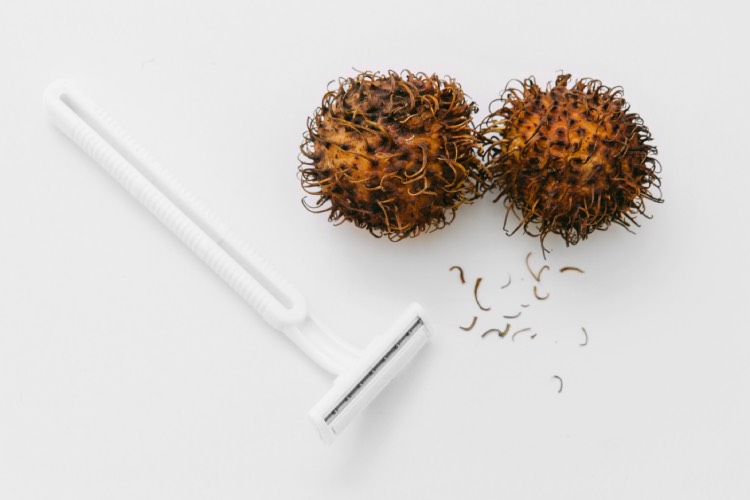 How Often should you Change your Razor Blade for Pubes?

Do the lubrication strips on your razor look worn or does the blade have a dull feel to it? This is a sure sign to replace the razor blade you are currently using. Sharp blades will provide the smoothest possible glide through your pubic hair as you shave. A dull blade, on the other hand, will increase the likelihood of you having to tug and pull, which can lead to nicks and cuts and post-shave irritation.

To prevent irritation, the American Academy of Dermatology advises changing your razor blade after every 5 to 7 shaves.

Do Whiteheads Smell and Why? Find Out Here