What Happens To Blackheads If You Leave Them?

So, yes, I popped my pimples. I popped a lot of them, and I made sure I squeeze as many blackheads as humanly possible. 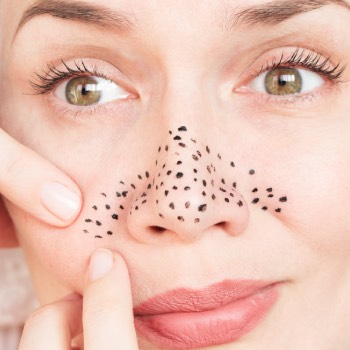 I also have overly oily skin, which just made blackheads more prominent and noticeable. But, I often wonder what my skin might have looked like if I ever listened to him. What would have happened if I just decided to leave my blackheads alone, without trying to pop or squeeze them? Does a blackhead go away naturally?

These are just some of the questions we'll be answering in this article, so stay tuned.

What Happens To Blackheads If Not Removed?

Over the years, I have seen a whole lot of people talk about how to get rid of acne, blackheads, whiteheads, and other kinds of skin problems. Many of these conversations are born out of personal experience (such as mine), some out of a keen interest in skincare, while others are just knowledge gotten med-school classes.

What you don't often see, however, is a conversation steered towards the question of "how not to get rid of them." Take blackheads, for instance; there's a lower chance that you'd stumble upon a conversation on "what happens if you don't pop the blackhead?", than not.

So, clinically, blackheads, also known as open comedones, are black bumps formed by the debris which is blocking the hair follicle as well as the sebaceous duct. Sometimes people tend to mistake the black color on the surface of the skin as accumulated dirt, which is entirely wrong.

When blackheads are not removed, in less severe cases, basically nothing happens. You'll often hear dermatologists say that the facial pores are like the ear canals, they tend to clean up themselves as the time goes by. So, for most people, just washing your face often does the trick. Unfortunately, you and I are not like most people.

What I've noticed is that if I do not remove a blackhead, it just gets bigger and bigger (Read more: Do Holes From Blackheads Ever Go Away?). If you think about it, this does make sense as more and more dirt, and oil gets pushed into the pore. But the story doesn't end there.

This oil and dirt accumulation will get pushed deeper into the pore, making it larger.

It's a vicious cycle really, where the pore gets bigger, and as it gets bigger, it's becoming more noticeable and more difficult to clean. But the increased size makes it harder to close, so it will continue to house even more debris.

Will Blackhead Go Away Naturally?

This is the real million-dollar question that's getting people to queue up on many skincare websites, blogs, and publications.

The common misconception is that acne (blackheads and whiteheads alike) are a teenage based skin problem. Hence, it is widely held that blackheads tend to fizzle out upon hormonal development, which occurs after puberty.

But, as you've probably experienced it yourself, this does not always happen. Take my skin, for example, though I'm experiencing fewer acne breakouts than I was used to during my teenage years, I still get acne to this day.

Sadly, this is only true for whiteheads. The battle with blackheads still rages on! At this point, it has become a constant struggle where I've finally managed to get ahead but only through hard work.

So, will your blackheads go away naturally? They might… but they probably won't. And even if they do, it might take you years to get to this point. Of course, since everyone's got a slightly different skin type, it makes it quite hard to provide a straight jacket answer to whether or not it can be cured naturally.

The question of whether or not your blackheads will go away naturally really turns into "how long are you prepared to wait and live with an acne-ridden face."

As for me, I hated my acne-ridden teenage face and made sure I try everything humanly possible to help my skin fight this nasty infestation… so, I'm not one to talk about patience and restraint.

But if you think I'm advocating squeezing them, I'm not, more on that in the next section.

What should you do? – Here is a simple routine for fighting your blackheads:

What Happens When You Squeeze Out Blackheads?

"Do not squeeze it, boy!", my dad would yell! I guess I should have listened to him. Of all the advice I got, top of it all was that squeezing only makes things worse.

OK, everyone's always telling us not to squeeze, but why exactly, what is it about squeezing your blackheads that's so bad for you?

For starters, our skin is delicate, especially the outermost layer…

We are so used to the idea of our skin being tough, resilient, rugged; we forget that the surface of the skin (the epidermis) is relatively thin and susceptible to damage.

So, when squeezing your blackhead, you can damage your skin in one or two (or both) possible ways:

Some blackheads may also store bacteria beneath the surface of the skin. These bacteria are typically contained within the walls of the pore; squeezing it might tear the pore walls and allow the bacteria to spread into the surrounding tissue.

Bacteria might also spread across the surface of the skin, possibly clogging neighboring pores and increasing the risk of scarring.